I started this blog with hopes and determination to get my book, Mitch & Makhaya, out within a few months. Fate spelled out another path and a year later I still hold the hope of completing my book.

However, as an author I did get something published. But, in addition to that, started our own publishing house. Now that’s not too bad a change of destiny.

After extensive research into why kids struggle with Maths at school, we found an answer. It was an interesting and eye-opening path. We spoke with many youngsters and almost one for one, found that they had difficulty with the words and terms of Maths. and to add a little secret. .  many teachers had similar problems too!

Hence, out of the long hours of research and development came a new and unique dictionary, My Maths Buddy maths dictionary. and here is one of the main reasons it works: 100% a creation of laypeople. Yes, we did have everything checked by Maths experts BUT the idea was to address kids at the level they normally communicate.

We’ve had fantastic endorsements and feedback to date and with the book on the market, mainly in South Africa so far but reaching internationally now, we’ve sold just short of 3000 copies in just under seven months.

This month too, we are about to launch, in partnership with the NGO Education Africa, the One Book One Learner Project which is a project giving companies and individuals the ability to donate My Maths Buddy to underprivileged kids. its one thing to ensure those who can afford to get such tools do get them, its another to make sure those who cannot afford to obtain the book are enabled by us to do so. after all, intelligence is not determined by income. So here is a Project anyone can get behind. Its covered briefly on our Blog at this time.

We have kept up a regular briefing of developments of My Maths Buddy at our Blog, so you can check out some of the testimonials and happenings there.

So with my attention on this new, exciting and effective help for kids – now starting on translations of it as well as the new My Science Buddy’s coming – I’ve had little time for Mitch & Makhaya. Hopefully I’ll get to them before they get too old to have exciting youth adventures! 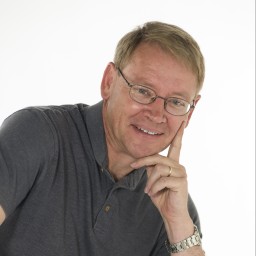